Overcoming labor shortage in turf with the help of a robot at Botetourt County, VA 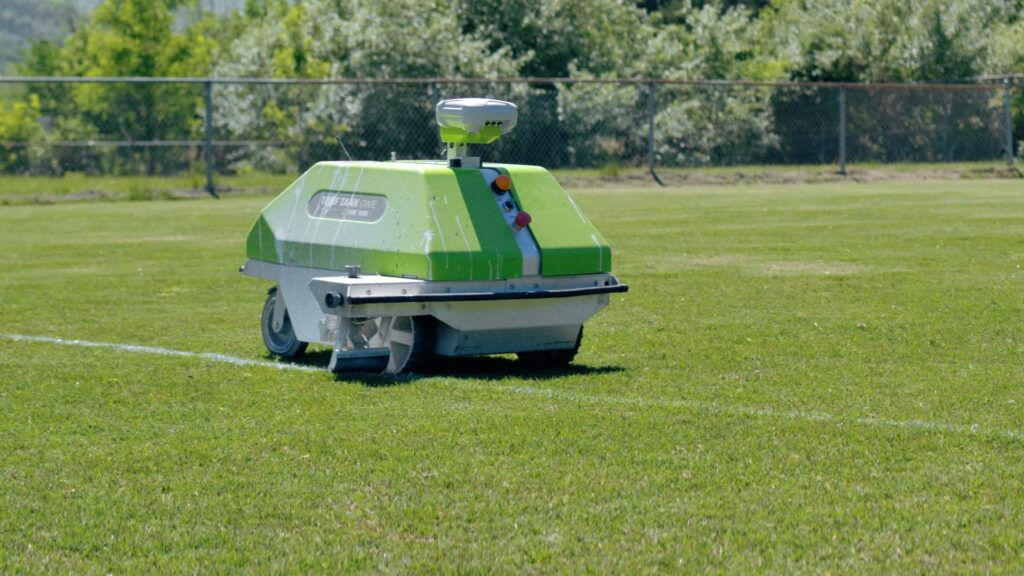 Like many others, Botetourt County was facing a common challenge in the turf industry, a labor shortage. The job of a turf manager, a physically demanding job, constantly under time pressure, proved to be a difficult position to fill.

With a line marking robot as part of their team, turf management became easier than ever. Botetourt County are confident that the robot makes the turf management industry more attractive, and it will prove to be a great tool for recruitment and retention of personnel.

Botetourt County is a beautiful county, southside of Roanoke, Virginia, home to a wide variety of outdoor recreation opportunities. The health and well-being of the citizens in the community is a top priority for the officials of the county and thus they focus a great deal of their attention on athletic activities that could give people the proper space to work out.

Wayne Carter is the athletic field manager for the Botetourt County and together with his team, he is responsible for managing 40 fields all around the county. They maintain a blend of warm and cool season grasses, with a variety of sports layouts, from soccer and football to baseball tee-ball and softball distributed across parks, sports complexes, and public schools.

EASING THE JOB FOR TURF MANAGERS

Turf Tank was the best option for us as far as combining resources and being able to multitask on the job.”

Like many others, Wayne faces a great challenge in the turf industry – the lack of workforce. Over the years, finding qualified workforce able to properly maintain all the fields, proved to be quite difficult.

Working in turf is a physically demanding job, where manual labor is pressured by time constraints. The turf manager has to accomplish a lot of different tasks in a short period of time to get the fields ready for the game: mowing, weeding, littering, trimming, overseeding, to name just a few.

And line marking is probably the most time-consuming and tiresome of them all. Painting a field from scratch properly would require a team of four, putting in a lot of hours. On top of the time, a “myriad of things” needs to be monitored: the equipment working properly, the stress of getting it all done, not making mistakes, and making sure the paint is mixed correctly.

A labor intensive, demanding process to do it by hand.”

Now, with the advancement of technology, Wayne believes that the industry became more attractive. Instead of working endless hours, dragging strings, doing manual measurements, and pushing a line marker up and down the field, turf managers can rely on a robot to help them perform the tasks easier and faster than ever. The robot turns line marking into a one-person job and saves the rest of the crew time to focus on tasks that otherwise would be neglected.

For the county, having this cutting-edge piece of technology on their team gives them a competitive advantage. It shows the community they are making progress. It shows they are forward-thinking and open to invest in technologies that increase their efficiency, which consequently saves citizens thousands of dollars every year.

THE ADVANTAGE OF A ROBOT WITH A BASE STATION

We had a competitor’s machine. Technologically, it was a little behind. Consistently, we couldn’t get signal. Turf Tank has never had that issue.

Botetourt County is a pretty large county, which extends from urban areas, all the way to rural areas, in the mountains. With the competitor’s robot Wayne used in the past, he always encountered issues in this mountainous area, where the robot would consistently lose the signal.

We all know how in the mountains it is more difficult for our phones to catch signal. Autonomous line marking robots use similar technology. And the signal from the cellular network will impact the performance of the robot. The weaker the signal, the more difficult would be for the robot to do a correct localization, and the more it will impact the accuracy of the lines.

To overcome this issue, the solution is to use a local base station. 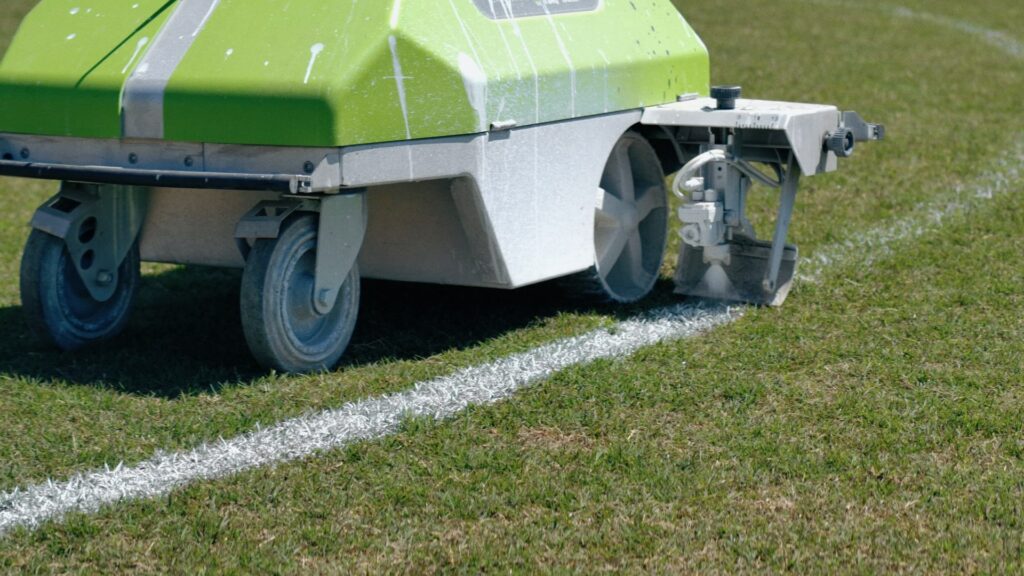 A local base station eliminates the dependency on an external network provider, because it puts the source of the signal right on the field. Obstructions being minimized, now no matter where you are on the planet, the robot will always get the correctional data it needs without issues and will paint with maximum precision.

Turf Tank is the only line marking robot on the market that comes with a local base station. And it is this base station that convinced Wayne to switch to a Turf Tank robot. He is now at ease of mind that his robot will not lose signal and will always paint perfect lines.

Additionally, the customer support, the interaction I have with the people in Turf Tank is 100 times better that I ever got with the other company. As a matter of fact, better than with any of my vendors”

TAKING THE FIELDS TO ANOTHER LEVEL

In the past line marking used to have a monopoly on the turf managers time at Botetourt County. Under consistent time pressure, getting the lines on the field ready for the game was a priority. But now, with the relief from the robot, Wayne is happy that they can provide more than that.

With the robot’s letter and logo creation features, they started adding endzone letters, painting logos for the high school teams, writing special messages in the grass. All this extra spice is something you normally see for NFL teams, but maybe not so common in a rural county.

Wayne is proud to know they can now offer more than a simple field. He is proud he can now give kids something more, something meaningful, something to make them proud too of their school and their community.

For Botetourt County, adding the Turf Tank line marking robot to their fleet of equipment proved to be a real advantage. It helped overcome the county’s challenges regarding labor shortage, and improved the turf manager’s productivity while increasing the professionalism at their sports facilities.

BOOK A DEMO
ALL CASES